Eagley Brooks was identified by Natural Course as being a high priority waterbody for the Irwell Catchment Partnership to focus on.  This waterbody has a number of physical modifications, such as weirs, which impact the quality and ecological status of the river.

Many of the weirs were built during the Industrial Revolution, and so form part of the local heritage of the area, however due to age, some are starting to fail.

Aligning objectives of the EU Water Framework Directive with those of the heritage sector can present challenges, and this project will help pilot sensitive approaches.

The project is a collaborative approach between Groundwork MSSTT (River Irwell Catchment Hosts and main delivery organisation), the Environment Agency (technical assistance and permitting of practical works) and the Greater Manchester Combined Authority (Natural Course affiliate), which enabled partnership funding to be released for the work.  It also is an opportunity to bring together a wide range of organisations from a number of sectors who have not previously been involved in the work of the catchment partnership, building capacity, knowledge and experiences.

“This is a fantastic project to be involved with on many different levels with lots of ‘firsts’ for the stakeholders.

We have consulted with Greater Manchester Archaeological Advisory Service, and following their advice, a survey of the weir and photographic records have been made by an archaeologist, who will also be present during the physical works.

This is also the first time that Groundwork has been involved in a weir removal project, and is a great opportunity for them to grow their capacity by building up new technical skills and confidence in this area.”

Increasing capacity will enable similar projects to be delivered across the catchment area, with lessons learned being shared and applied on a wider scale. 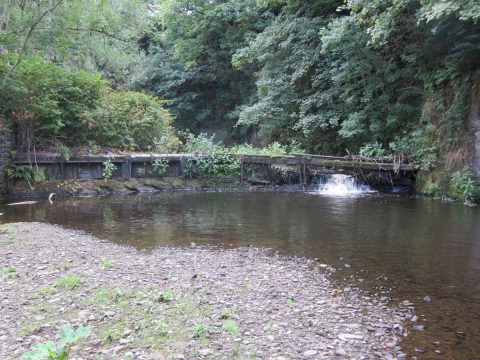 Weir at Eagley Brooks prior removal 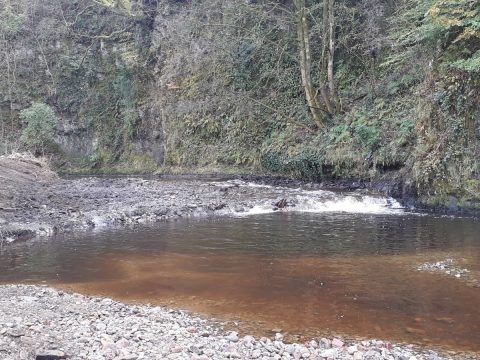