Work starts today (6 July) to remove Ennerdale Mill Dam Weir on the River Ehen at Egremont after evidence found it is failing.

Removal will allow upstream and downstream migration of fish, including Atlantic salmon, for the first time in more than 250 years.

Once up and running, the weir removal project will be one of the biggest of its kind taking place in the whole of the UK. The existing river bank and river bed will be re-profiled and protected, the weir will be removed and the river will ultimately be restored to a more natural state without a sudden drop in gradient.

EA River Restoration Project Manager, Oliver Southgate, said: “Removing barriers such as this can have significant benefits for the whole catchment while also reducing risks of failing infrastructure in the future.

“This project has been ear marked for removal for many years by the Environment Agency and finally we have a plan in place in partnership with West Cumbria Rivers Trust to deliver it.”

In addition to preventing damage and disruption to local businesses and communities, removal of the weir will also:

– Increase numbers of freshwater mussels, which the river has one of the largest populations of. Mussel larvae attach to salmon fish gills to complete their lifecycle.

– Ensure the local area is safe from any potential dangers caused by a failing weir.

Luke Bryant, Assistant Director at WCRT, said: “After many years planning this complex project we are really excited to finally be removing the weir. Our long-running mission is to restore and enhance the value of rivers, lakes, estuaries and surrounding countryside throughout West Cumbria, for the benefit of people and wildlife.”

The work will be carried out by specialist environmental contractor Ebsford, who have experience of working sensitively in and around watercourses. 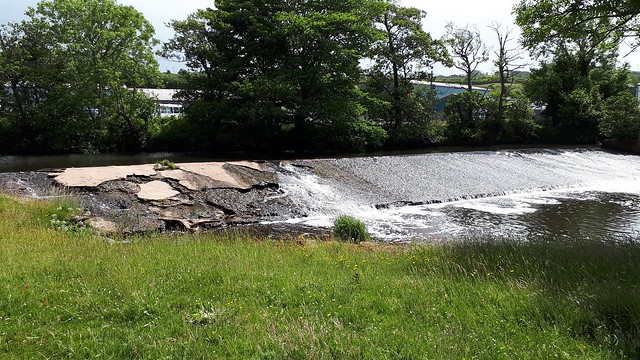