Home / News / Could otters be returning to Greater Manchester?
March 8, 2018

Could otters be returning to Greater Manchester?

Recent sightings of otters are suggesting that the heavily industrialised rivers in Greater Manchester are showing signs of significant improvement, encouraging them to come back to the region.

Greater Manchester has struggled to re-establish the otter due to higher than average habitat loss, pollution, and human population density leading to disturbance.

Recent major problems for otters have been habitat loss and pollution, but through Natural Course organisations have been working together to improve water quality, reduce diffuse pollution, remove man-made modifications in rivers, and make other improvements to the North West river environment which are contributing to the improved habitat for otter populations. 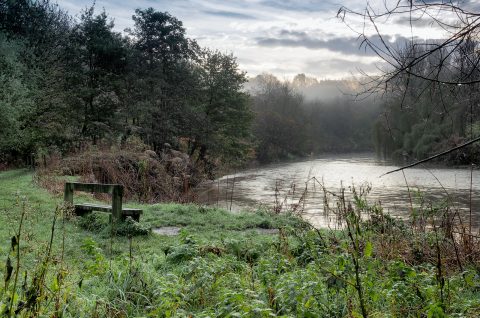 Mike Beard, Natural Course Project Officer said: “For many years now there has been a slow trickle of one or two sightings every year or so across Greater Manchester, which are suspected to be otters passing through while looking for places to set up their territories.  Just recently however, there has been a spike in anecdotal reports of otters being seen. This is a huge step forward in our attempts to naturalise our rivers again, we are really excited about what this could mean for Greater Manchester’s river environment.”

The crash in UK otter numbers has been largely caused by the introduction of certain pesticides – which otters were susceptible to – because of their predatory nature, but as bans on these dangerous toxins have been introduced, they have begun to thrive again.

Mike Duddy, Projects Manager at Mersey Rivers Trust said: “We’re so thrilled that reports suggest the otters are back but now we need concrete evidence that our work on improving the rivers is having a tangible effect. We need people to send in their recorded sightings to Greater Manchester’s Local Record Centre without doing anything that might disturb the otters as they establish a natural habitat.”

All sightings should be reported to: https://www.gmwildlife.org.uk/wildlife_recording/simple/

Derek Richardson, Principal Ecologist at Greater Manchester Ecology Unit added: “With real information and sightings, the team can then compile all otter records to draw a clearer picture of the status of the otter in our region, helping the authorities to determine what can be done to help the otters become re-established and to prevent further harm.”